Jesus is the underlying theme of the entire Bible and specifically the Old Testament.

Matthew 5:17 NKJV “Do not think that I came to destroy the Law or the Prophets. I did not come to destroy but to fulfill.

Matthew 5:17 NLT “Don’t misunderstand why I have come. I did not come to abolish the law of Moses or the writings of the prophets. No, I came to accomplish their purpose.

Luke 24:25-27 NKJV Then He said to them, “O foolish ones, and slow of heart to believe in all that the prophets have spoken! (26) Ought not the Christ to have suffered these things and to enter into His glory?” (27) And beginning at Moses and all the Prophets, He expounded to them in all the Scriptures the things concerning Himself.

Luke 24:44-45 NKJV Then He said to them, “These are the words which I spoke to you while I was still with you, that all things must be fulfilled which were written in the Law of Moses and the Prophets and the Psalms concerning Me.” (45) And He opened their understanding, that they might comprehend the Scriptures.

The Old Testament can be divided up into Five Major Divisions:

The first five books of the Bible are sometimes called the Pentateuch which means “five books.” They are also known as the books of the law because they contain the laws and instruction given by the Lord through Moses to the people of Israel. These books were written by Moses, except for the last portion of Deuteronomy because it tells about the death of Moses. These five books lay the foundation for the coming of Christ in that here God chooses and brings into being the nation of Israel. As God’s chosen people, Israel became the custodians of the Old Testament, the recipients of the covenants of promise, and the channel of Messiah (Rom. 3:2; 9:1-5). 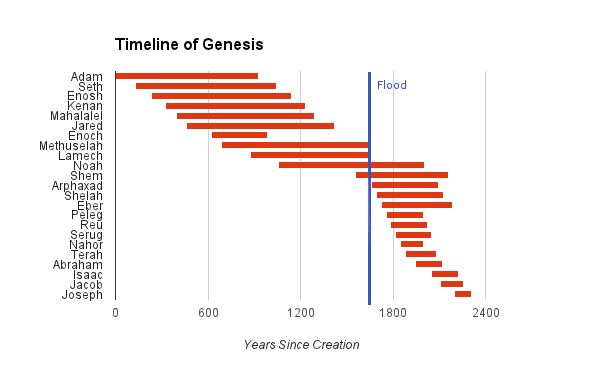 GENESIS (The Book of Beginnings)

The name Genesis is taken from the Septuagint (LXX), the Greek translation of the Old Testament.

It has been called the seed-plot of the Bible from the fact that the seeds of all the great doctrines concerning God, man, sin, and salvation are found there. But perhaps the main theme is also the selection of a nation through Abraham and the Abrahamic covenant. Through Abraham God promised to bless the nations (Gen. 12:1-3; 15:1-21) and provide redemption for mankind.

“Generations” or “account.” A key word or phrase is “these are the generations of” or “this is the account of.” It is used some eleven times to introduce the reader to the next section which gives the narrative about what happened in connection with the key events and persons of the book from the creation of the heavens and the earth to all the patriarchs of Israel.

Genesis not only means ‘beginning’, but it is the book of beginnings. The book of Genesis gives us our historical point of reference, from which all subsequent revelation proceeds. In the book of Genesis all the major themes of the Bible have their origin. It is a book of many beginnings: in it we see the beginning of the universe, of man and woman, of human sin and the fall of the race, the beginning of God’s promises of salvation, and the beginning of the nation Israel as the chosen people of God because of God’s special purpose for them as the channel for Messiah and Savior. In Genesis we learn about Adam and Eve, about Satan the tempter, about Noah, the flood, Abraham, Isaac, Jacob, and Joseph and his brothers. But here we also have the beginning of marriage, family, work, sin, murder, capitol punishment, sacrifice, races, languages, civilization, Sabbath, the first attempt at a united nations, and Babylonianism. The Bible is, through and through, a historical revelation. It is the account of God’s activity in history.

Since the call of Abraham and the promises of blessing to the nations through his seed is the prominent message of Genesis, the key chapters are those relating to the Abrahamic covenant and its reiteration, 12:1-3; 15:1-21; 17:1-9.

CHRIST AS SEEN IN GENESIS:

Prophetically: Immediately after the fall, the promise of salvation is given in the seed of the woman (3:15), but then the Messianic links are made clear throughout Genesis: the family of Abraham (12:3), the Abrahamic Covenant, the seed and sacrifice of Isaac (26:3), the sons of Jacob (46:3)

EXODUS (The Book of Redemption)

“Exodus” is a Latin word derived from the Greek exodos, the name given to the book by those who translated it into the Greek Septuagint (LXX). The word means “exit,” “departure.”

Two themes prevail in Exodus: (1) Redemption as pictured in the Passover, and (2) deliverance from the bondage of Egypt as seen in the Exodus out of Egypt and crossing the Red Sea.

After nearly four hundreds years of growth in Egypt, Exodus continues the history of God’s chosen people, the nation of Israel, and describes their deliverance out of Egypt and their development as a nation, actually, a theocracy under God. It describes the birth, history, and call of Moses by God to lead the people out of their Egyptian bondage and into the promised land, the land of Canaan. Through the Passover lamb, the sparing of the firstborn, along with the miracles of the ten plagues, and the crossing of the Red Sea, God showed His people that He was not only more powerful than any Egyptian Pharaoh, but was the sovereign Lord, Yahweh, the God of redemption and revelation.

Once the people had crossed the Red Sea and arrived in the wilderness or desert, God gave them His righteous law and declared that they were a treasured possession to Him and were to be a kingdom of priests, a holy nation as a testimony to the nations (Ex. 19:4-7). This holy law, including the Ten Commandments, demonstrated God’s holiness, taught them how to love God and one another, but in the process, it also demonstrated how all fall short of the holiness of God and need a way of access to God that provides forgiveness. This was provided for in the tabernacle, the sacrifices, and the Levitical priesthood.

Chapters 12-14 record the redemption of Israel from slavery in fulfillment of God’s promises; delivered from slavery by blood (the Passover lamb) and by power (the parting of the Red Sea).

CHRIST AS SEEN IN EXODUS:

While Exodus contains no direct prophecy of Christ, there are a number of beautiful types of the Savior.

(1) In many ways, Moses is a type of Christ. Deuteronomy 18:15 shows that Moses, as a prophet, anticipates Christ. Both are kinsman-redeemers who were endangered in infancy, renounced their power to serve others, and functioned as mediators, lawgivers, and deliverers.

(3) The Seven Feasts, each of which portray some aspect of the Savior.

(6) The Tabernacle portrays the Savior in its material, colors, furniture, arrangement, and the offerings sacrificed there (Heb. 9:1-10:18).

LEVITICUS (The Book of Holiness)

Less than a year of the journey at Sinai.

Leviticus receives its name from the Septuagint and means “relating to the Levites.” The Levites were the priests who were chosen of God to minister to the nation. The book of Leviticus contains many of the laws given by God to direct them in their work as priests for the worship of God.

Leviticus 11:45 says, “Be holy, because I am holy.” The directives given in the book of Leviticus showed Israel was to walk before God as a holy people. Leviticus was designed to teach Israel (1) how to worship and walk with God and (2) how the nation was to fulfill its calling as a nation of priests. The great theme of Leviticus is holiness. A holy God can only be approached on the basis of sacrifice through the mediation of a priest.

Chapter 16 deals with the Day of Atonement, which became the most important day in the Hebrew calendar because it was the only day the high priest was allowed to enter into the Holy of Holies in order to make atonement for the people. “… for it is on this day that atonement shall be made for you to cleanse you; you shall be clean from all your sins before the Lord” (16:30).

CHRIST AS SEEN IN LEVITICUS:

Similar to Exodus, a number of types of Christ are evident in Leviticus.

Numbers gets its name from the two accounts in chapters 1 and 26 of the numbering or counting of the people of Israel first at Mount Sinai and second on the plains of Moab.

Though Numbers gets its name from the numbering of the people, it is primarily concerned with nearly 40 years of wandering in the desert. A journey which should have only lasted eleven days became a 38-year agony of defeat simply because of the disbelief and disobedience of the people. Numbers, then, shows the consequence of failing to mix faith with the promises of God (see Heb. 3:16-4:2). Further, Numbers teaches us that while life does have its wilderness experiences, God’s people do not have to stay in those conditions. Joshua will illustrate this later.

Another important theme shown throughout the book of Numbers is found in God’s continual care for his people. Over and over again, regardless of their rebellion and unbelief, He miraculously supplied their needs. He provided them with water, manna, and quail. He continued to love and forgive the people even when they complained, grumbled, and rebelled against Him.

GOD’S PROVISION IN THE WILDERNESS:

To provide for 2.5 million people:

Chapters 13-14 stand as the key chapters because these chapters record a critical turning point for the nation. Here, at Kadesh-Barnea (32:8), after receiving the evil report from 10 of the 12 spies whom Moses sent to spy out the land, with the exception of Joshua and Caleb Israel focused on the giants in the land, failed to believe God, and refused to enter to possess and conquer the land, a Land that flowed with milk and honey.

Balaam’s error consisted of the belief that God could not refuse to curse such a sinful people as Israel. But he failed to take into account that which could blot out their sins – the grace of God.

CHRIST AS SEEN IN NUMBERS:

Preparation of the New Generation (26-36)