In this series, we are going to deal with the subject of spiritual warfare and bring correct, biblical teaching to this often-misunderstood subject.

As a point of reference, we will be referring to content from the following books: 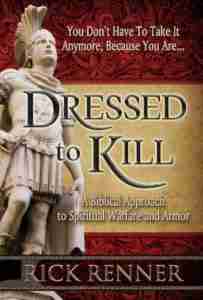 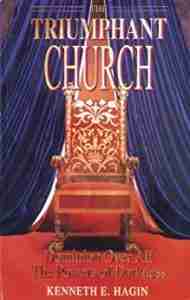 Armed and Dangerous by John Ramirez 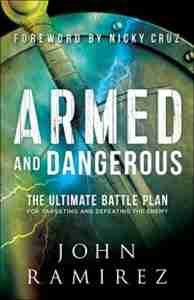 It seems with almost any Bible subject, people can have the tendency to take it to the extreme and get off base and away from the Bible. Unfortunately, this often does great harm to the individual as well as the Body of Christ.

The Scripture instructs us to deal with the unseen, invisible forces that have been marshaled against us.

Mark 16:17 NKJV And these signs will follow those who believe: In My name they will cast out demons; they will speak with new tongues;

Ephesians 6:12 NKJV For we do not wrestle against flesh and blood, but against principalities, against powers, against the rulers of the darkness of this age, against spiritual hosts of wickedness in the heavenly places.

Setting people free from Satan’s power is a primary concern of Jesus Christ, and it should be a concern of ours as well.

1 John 3:8 NKJV … For this purpose the Son of God was manifested, that He might destroy the works of the devil.

Acts 10:38 NKJV how God anointed Jesus of Nazareth with the Holy Spirit and with power, who went about doing good and healing all who were oppressed by the devil, for God was with Him.

Spiritual Warfare actual has much more to it than just dealing with the devil.

There are actually three different aspects to spiritual warfare:

The truth is, the devil’s attacks against our lives would not work if our flesh did not cooperate.

Colossians 3:5 NKJV Therefore put to death your members which are on the earth: fornication, uncleanness, passion, evil desire, and covetousness, which is idolatry.

Romans 6:1-2 NKJV What shall we say then? Shall we continue in sin that grace may abound? (2) Certainly not! How shall we who died to sin live any longer in it?

Living the crucified life is a critical part of spiritual warfare.

“A person can scream at the devil all day long, but if that person has willfully permitted some area of his mind to go unchecked and unguarded – if he is aware of sin but has not been willing to deal with it – has opened the door for an attack on himself.

In that case, all his prayers against the devil will be to no avail because his real enemy is not the devil. Rather it is his own carnal mind and flesh which must be submitted to the control of the Holy Spirit in order to eradicate these attacks.

“If people only focus on the devil as they pursue the subject of spiritual warfare and fail to consider other equally as important areas, their emphasis on spiritual warfare can and will be very damaging to them.”

We must always remember that the real battle with Satan was won at the Cross and the resurrection by Jesus Christ.

This same victorious Christ who single handedly defeated the devil lives in us in the person of the Holy Spirit!

1 John 4:4 NKJV You are of God, little children, and have overcome them, because He who is in you is greater than he who is in the world.

Colossians 2:11-12, 15 NKJV (11) In Him you were also circumcised with the circumcision made without hands, by putting off the body of the sins of the flesh, by the circumcision of Christ, (12) buried with Him in baptism, in which you also were raised with Him through faith in the working of God, who raised Him from the dead. (15) Having disarmed principalities and powers, He made a public spectacle of them, triumphing over them in it.

Greek translation: He completely stripped principalities and powers and left them utterly naked with nothing left at their disposal to retaliate. Jesus boldly, confidently, and loudly exposed and displayed this now defunct foe to Heaven’s hosts.

We must approach spiritual warfare from a place of already obtained victory (by Jesus) instead of trying to get the victory.

We must base our understanding on the sound teachings of the Bible.

Example – teachings that the best ways to deal with demonic forces in the heavenlies or the prince of the power of the air, we must climb to the highest floors of skyscrapers or rent an airplane so we can get where they are.

If this is necessary and how it is done, then Jesus never got the victory over the devil or used any authority because none of those things existed in His day.

Yet somehow, Jesus was able to fully carry out His earthly ministry and fulfill God’s will.

Ignorance of God’s Word always leaves the Christian and the Body of Christ vulnerable.

Hosea 4:6a NKJV My people are destroyed for lack of knowledge…

The challenges that we face spiritually today are really no different than or greater than those of preceding generations of believers.

If you study the pagan culture of the Greeks and Romans of the early Church day, they were by far more worse than the historians could tell us.

Rather than be destroyed, the Early Church arose in the power of the Spirit to meet the challenge – just as we will arise in our own day to meet any challenge the enemy would bring before us!

The same armor of God that Paul wrote about in Ephesians 6 worked for the early Church just as it will work for us.

Satan tried to destroy the Church at its inception – and it is certain that he will try to attack and victimize the Church as we approach the coming of the Lord.

But just as the early church arose in the power of the Spirit to meet the challenge, so will we!

1 John 5:4 NKJV For whatever is born of God overcomes the world. And this is the victory that has overcome the world–our faith.

The reality is the harder the devil hit the early Church the more it thrived, grew and multiplied. The same will happen today!

No evil force has ever prevailed over the power of God or the people of God, and never will!

The words “war” and “warfare” are only used 5 times in all of the new testament. Not once were they used in the Gospels during Jesus ministry.

2 Corinthians 10:3-5 NKJV (3) For though we walk in the flesh, we do not war according to the flesh. (4) For the weapons of our warfare are not carnal but mighty in God for pulling down strongholds, (5) casting down arguments and every high thing that exalts itself against the knowledge of God, bringing every thought into captivity to the obedience of Christ,

In these verses, the devil is not mentioned one time.

1 Timothy 1:18 NKJV This charge I commit to you, son Timothy, according to the prophecies previously made concerning you, that by them you may wage the good warfare,

In this verse, Paul is telling Timothy to remain loyal the call of God and fight the fight of faith. The devil is not mentioned here either.

2 Timothy 2:4 NKJV No one engaged in warfare entangles himself with the affairs of this life, that he may please him who enlisted him as a soldier.

Paul is telling Timothy to keep his life free of clutter and stay single minded as a soldier would.

James 4:1 NKJV Where do wars and fights come from among you? Do they not come from your desires for pleasure that war in your members?

Battling the flesh can be a war.

In light of this, it is abundantly clear that the New Testament usage of the words “war” and “warfare” primarily has to do with conquering the flesh and taking charge of our minds.

Yes, the devil may attack the mind, and he may attempt to energize the flesh to work against us. However, if we will keep our minds and our flesh under the control of the Holy Spirit, most of the spiritual warfare we encounter in life will have already been settled.